The next one in isn’t always the best call 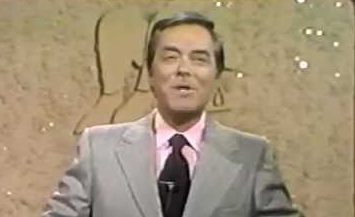 A recent discussion locally about the resignation of a baseball coach who happened to succeed directly a legend reminded me this was a problem in college basketball numerous times with successors to Dean Smith, John Thompson, John Wooden, and other notable leaders.

Television has had that issue directly also, most notably, with the recent announcement that Sony and Turner Broadcasting are planning to do a revival of a 1972-75 (network) and 1977-86 (syndicated) game show (with another variant slightly different in 1990-91). Calvin Broadus will host what they say will be a reimagined show, but will turn away from what the Barry Family (which did the 1990 "definitions" format that later adopted parts of the classic format) had done in all three versions. However, it was the 1977-86 version where this problem that is prominent with coaches took flight.

As The Joker's Wild was continuing its successful run as a Barry-Enright Production, Jack Barry had turned 63 in an era when 65 was a retirement age. In preparation for that, he groomed Wisconsin's Jim Peck for the future transition with an occasional week of hosting during the next three seasons, with the plan being Barry would host one more full season after turning 65. That ensuing season, which he intended to be his final, would include a plan that many stations in the syndication world would see that Barry would start the episode by formally turning over the show to Peck in September 1984. Unfortunately, Barry, who was 66, died in May 1984, after his last show was taped and preparing for his formal departure on the next taping, with the successor he and his producer, Ron Greenberg, had planned to take over. Dan Enright, in one of the worst moves in television, decided to deviate away from Barry's plan and hire Bill Cullen to host what would be the final two seasons, effectively spelling the end of Barry-Enright.

Wink Martindale, who was the other host in the syndication double of Joker's Wild and Tic-Tac-Dough, remembered Barry a few years ago. Ironically, he left Tic-Tac-Dough after Enright's actions, where the show lasted just one season with Jim Caldwell.

Jim Peck later returned to Milwaukee in public affairs, and recently retired from radio. For the sesquicentennial of the Gettysburg Address, he recorded this piece as part of its observance.
Email ThisBlogThis!Share to TwitterShare to FacebookShare to Pinterest
Labels: Sports, Television