Throwback Thursday: The prodigal and the pope 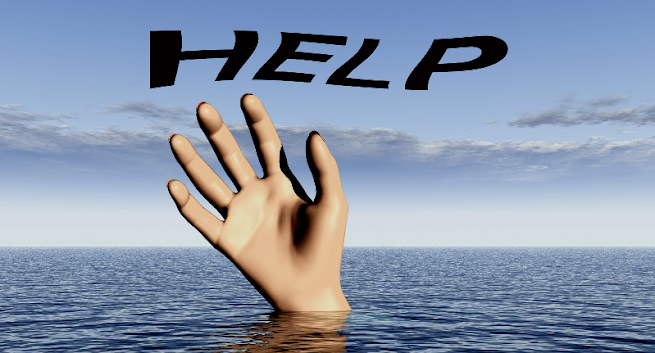 You may recall that some time back I compared the current state of the Catholic Church to that of a family without a father, or at least without one taking responsibility for keeping the family together. I was reminded of this reading through the Catholic blogosphere at the various sniping going back and forth between those who praise the pope and those who criticize him, and between traditionalists at odds with the pope and traditionalists who refuse to offer public criticism. Once again, as is so often the case, you can't follow these various disagreements without also appreciating that the future of your very soul seems to be at stake if you don't agree with someone who used to be your ally but now may be your enemy.  I'm tempted to think of the Church today as a group of teen-aged girls bickering back and forth, with each insult raising the stakes until the whole thing goes nuclear.

On the other hand, maybe it's more appropriate, in light of what I wrote last week, to compare it to one of those dysfunctional family dramas that every Lifetime program seems to contain, where everyone's sitting around the table at Thanksgiving or Christmas, pretending to get along, until someone recalls a long-ago insult, and before you know it everyone's at everyone else's throats.  That is the state of the Catholic Church today, and the problem is that there's no father sitting at the head of the table who finally stands up and tells everyone to shut the hell up.

Anyway, a friend of mine suggested that I should consider the parable of the Prodigal Son, and that those of us concerned about the future of the Church should not emulate the "other" son, the one who had remained loyal to the father, but instead turn away from bitterness toward both the pope and those, who haven't always (ever?) practiced perfect Catholicism, to whom he seeks to reach out.

Unfortunately, before I got to ponder this too closely I ran across today's Bleat by Lileks who, for a completely different reason, was also pondering this parable, one of the most famous in the Bible, and while he makes some very humorous points (as he is wont to do), he also, quite seriously, voices the same reservations toward that parable that I have, ones that ultimately make it impossible for me to apply it to the current situation.  It's long, but worth it.

I have to tell you: I get it. But I do not. Yes yes happiness at the return of the one who was thought DEAD, rejoicing at the return to the fold. But the other brother has a point. The pastor explained that the Other Brother did not understand that his father loved him entirely and gave to him everything without condition, at which point I wanted to raise my hand:

Excuse me, rewind that to the point where the son says he never even got a goat to cook when his friends came over, and now you’re giving him the fatted calf?

Because that seems to be a salient point, and suggests a backstory wherein the favored son was indulged, and the dutiful son was held to a higher standard because Dad off-loaded his manliness lessons on the one who wasn’t going anywhere, and needed to toughen up. Golden Boy gets his talents and heads off to the big city to dip his wick and play knuckle-bone gambling games, but the dull son has to stay behind and run the barn. Dull son has his father’s managerial instincts, but his father does not value them as much as he prizes Golden Boy, who represents high-cultural attributes. As the favored son succeeds, so is the father enobled.

So Golden Boy goes off, and time passes, and Dad hears nothing. Assumes the worst. Then one day the son returns, and says in his abject humiliation that he blew all his money on hookers and drink. Dad doesn’t care because he’s glad to see his son again. I get that. I do not get why the dutiful son is the bad guy in this story. He’s making a good point: forgiveness is a noble act, but absolution without consequences is an insult to ME, THE GUY WHO’S BEEN RUNNING THE BARNS. I know, I know, judge not lest ye be judged, but what the hey, judge me, pop. Did I vanish one day with a bag of talents and never write and squander it all? No? Let’s start with that, then. My brother goes to Babylon and gets hammered every night on your dime and we’re having calf for dinner, but I bust my butt every day to make sure the flax gets in the granary and off to market and I don’t get a goat when my friends drop in once a year.

It’s the day after the celebratory banquet I’d like to visit.

Golden Boy: honest, I was fully prepared to work as a slave. I was positively famished.

Dutiful Son: hand me the scythe. No, not that, that. By the grinding stone.

DS: I think he said it all last night. I suppose you’ll be calling on Sarah once word gets around you’re back.

GB: Oh dear Sarah, I hadn’t thought. How is she? You were sweet on her. I’d have thought you’d have -

DS: She was taken with the fits when you left and would see no one. Her family had her married to Mordechai the money-changer.

GB: That old sot? Sink me. Well, she doesn’t lack for anything, I’m sure.

DS: Nay, nothing but the love of a good man, but what’s that when you’ve pails of myrrh? I’d advise you stay clear.

GB: Is she still comely?

GB: Perhaps I shall enjoy being home again. You know I do recommend a stint as a slave, it really does give one a new perspective. One gets positively morose.

DS: (whirls around, face aflame) And I imagine that all the rest of the men felt a great pity for you, being the son of a rich man like them, each of you wondering when you’d finally swallow your pride and go home, am I right? Or did they not have the possibility? I can’t imagine you hid your story under a basket. I imagine you left because you heard them discussing which one would have the honor of slitting your throat while you slept.

GB: (sniffs) I got along quite well. They wanted for amusement and I would like to think I provided it.

GB: Father says I am to count the cows. He says that is my duty from now on. Every morn.

DB: There are thirty-two cows. Would you like to know their names?

GB: I didn’t catch that, brother.

DB: I said they’re our cows, are they.

GB: Well, yes. Ten for you, ten for father, ten for me. Tell me, what do they fetch in the market?

GB: If they’re all our cows, brother, then some of them are my cows. Oh, don’t look like that. You’ll still have yours. (looks at the ground) (looks up grinning) Sarah had a sister, didn’t she? Young thing when I left but time doth ripen the fruit in its wondrous ways.

DB: Amaranth is the cow in the far stall there. You might want to visit her and give thanks.

DB: Because you ate her child last night. For your feast. Because all were happy that you had returned. Save one.

GB: Dear brother. Don’t tell me you hold a grudge,

DB: I don’t. It’s not a thing that does a man well. (glares) But if you have an apology in you, tell it to the beast. They listen. They hear much. You’d be glad to know they tell naught.


And therein lies the crux of the matter, for if we're gong to apply the parable as my friend suggests, we have to accept that the joy shown to the Prodigal (the "Golden Boy," if you will) is still different from that enjoyed by the Dutiful Son over all these years.

But what if the Dutiful Son has always felt like the red-headed stepchild, taken for granted, unappreciated?  As Tommy Smothers would say to Dick, "mom always liked you best!"  Under those circumstances, it could almost seem as if the father had wished it was the Dutiful Son, and not the Golden Boy, who had left home early.

See how family dynamics like this play out?  It is a soap opera!  But families often are, and without a strong, fair, impartial patriarch at the head, things can get ugly.  To view the pope as the father looking for the prodigal, the shepherd searching for the lost sheep, one must imply that the Dutiful Son is being nothing more than jealous and petulant, resenting the attention suddenly lavished on the lost sheep return home.  And that, I would contend, is not the situation facing the Church today.

True, over the time of Pope Benedict there was a sense that those who had kept the tradition of the Faith alive over the years had finally gained the upper hand (the "Cafeteria is Closed" crowd), but even then there were complaints that things didn't go far enough, that Benedict hadn't fully integrated the traditionalists back into the Church mainstream.  And though the pontificate of John Paul II was an enormous improvement over that of the disastrous Paul, you still get this feeling that, if anything, it's the traditionalists in the role of the Prodigal, seeking to be welcomed back into a Church that has marginalized them for the better part of the last fifty years or so, excluding them from influence, ridiculing them for holding on to "old-fashioned" values, mocking their desire for Latin and sacred music in the liturgy.  In fact, from many quarters there's been a thinly-concealed (if that) hatred for these people and what they represent.

The only difference in this analogy is that the Prodigal receives no welcome, no fatted calf, nothing but the back of the father's hand.  He's said that he'd be willing even to serve as a slave, and he'll be lucky if the father gives them that much.

Is that how the parable of the Prodigal Son plays out in the Catholic Church today?  If not, it's up to this pope to demonstrate in his actions and in his words that he's not that kind of a father.  Because, frankly, in a situation like this foster fathers are hard to come by.