What is the pope trying to do? 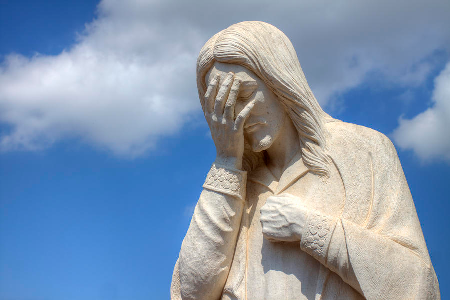 Today we continue a special week-long look at Pope Francis and the Catholic Church. Is Francis a visionary needed for a new world, or a reckless ideologue trying to dismantle the teaching of Christ's own Church? In this piece, we look at the pope's words regarding Islamic terrorism.

From Rod Dreher. Read the whole thing, but the money quote asks the essential question:

What is Francis doing? Is this just the usual progressive Catholic see-no-evil dingbattery, or is there something else happening here? Again, how very odd for a world religious leader to deny the power of religion to mold the minds of men and to motivate their behavior. You would expect a vulgar Marxist to say all things are motivated by class and economic struggle and nothing but, but you wouldn’t expect a Roman pontiff to take that ridiculous and easily disproven line.

At a time when the world needs strong, realistic religious leadership to deal with the realities of Islamic terrorism (realities, I should say, that include the fact that most Muslims are not terrorists), Francis is offering jelly-brained liberal nonsense.


The picture above features a statue not only executing a facepalm, but beating the breast at the same time. I find this quite appropriate; as I've written before, I can't help but think of this pope as the pope of our chastisement - our "reward" for our lack of faith in action. Therefore, while we hide our eyes in horror at the latest pronouncement from the Vatican, we remember also to ask for forgiveness - because surely we must atone for our own role in the present state of the Church.

Has this piece gotten your attention? Why not read The Collaborator, the suspenseful "theater of the mind" involving a showdown between two powerful men, each of whom has a vision of what the Church is and what it believes in.  The Collaborator "helped me understand Pope Francis better," according to one critic - find out why this story is more important than ever.

Read more about The Collaborator, including reviews and an interview with me, at my author website. The book is also available through Amazon, Barnes & Noble, and other online sellers.
Email ThisBlogThis!Share to TwitterShare to FacebookShare to Pinterest
Labels: Catholic Church, Pope Francis, Terrorism