Throwback Thursday: You do not have a right to ransack 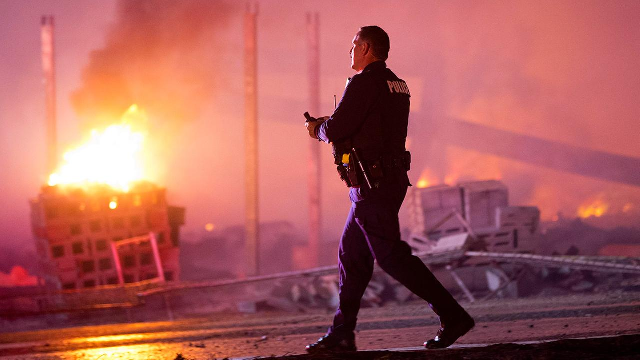 Social Justice is the Left's phrase for the type of extremist changes they demand, whether it is racial, social, or sexual justice that they demand.

The "social justice" over a habitual offender's defiance of police, leading to his death, was endorsed by the mayor of Baltimore, who called it freedom of speech to loot and demolish.  A CVS store in Baltimore was ransacked and burned by thugs rioting over the habitual offender's death, and when police tried to fight the fire, protesters slashed fire hoses to let the store burn, all in the name of "social justice," the Left's magic words awarding specific groups rights to ransack others based on their feelings, whether it is an Oregon bakery ($135,000 fine for not advancing the cause of erotic liberty), a Maryland pharmacy, a Missouri fuel station, or even colleges attempting to show a popular movie about an American soldier, it does not matter.

In their mind, certain groups they claim to be "oppressed" have the right to demolish others' rights, and in some cases, property, in order to create social justice for these groups.  If you offend these groups, you will be punished.  But if you offend groups they hate, it is fair game and they cannot be defended.  These groups demanding justice have popular culture in their control.  Whether it is Occupy Wall Street's class warfare (see a grocer being looted in Oakland), or it is sexual justice activists targeting Christians who own businesses because they believe in a Biblical worldview instead of the one of the state in the eyes of these social justice activists, or police because they dared to defend themselves against thugs willing to ransack their cities, we have a problem with today's brand of social "justice".

How many times, especially in California, have we seen PIT maneuvers and "rattling the cage" used by police in an attempt to send a motorist on the run into armco in order to end a dangerous pursuit?  In the "social justice" world, the thug has more rights than the law abiding citizens.  Those who just happen to believe in the same worldview as these protesters now have control.

What a sad state of affairs in this country when the wants of a few to have "social justice" means everyone else has no rights.  It's clear with this Administration who is a protected class, and who must be punished.  And yet these thugs are the ones in total charge now.

Enough is enough.  Whether it is Christians or policemen, time to stop these attacks based on social justice.  Be responsible.  You do not have a right to ransack who you want because your little protected group was not given the rights you demanded.

IN THE INTEREST OF FULL DISCLOSURE:  Mr. Chang is a shareholder in CVS Health.
Email ThisBlogThis!Share to TwitterShare to FacebookShare to Pinterest
Labels: Culture, Liberal Fascism, Politics, Social Justice