A return to a classic 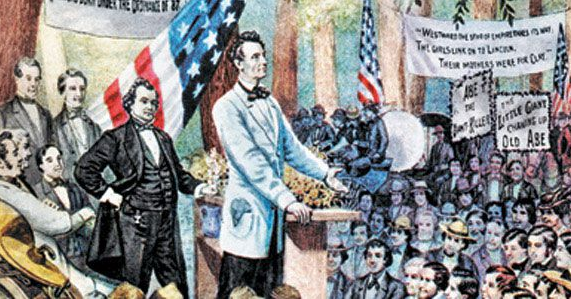 The two Republican candidates in the runoff election for United States Senator from Alabama, Roy Moore and incumbent Luther Strange, decided, after the former chief justice for the state's judiciary (removed following bogus charges filed by the Southern Poverty Law Centre that he refused to enforce the invented "law" on marriage in Alabama that was actually the feelings of a few in cities far away from Montgomery and rejected by the entire state 4:1), uncovered conflicts of interest with Mr. Strange's campaign by the "moderator" in the "debate," to participate in the classical debate format that led to the career of Abraham Lincoln, the classic debates between Mr. Lincoln and Stephen Douglas, better known as a Lincoln-Douglas Debate format.

This is a refreshing moment as Americans, angered by the arrogance of the Far Left in events such as court cases and popular culture that is out of touch with the entire country, have decided to call for the classic format that is a pure one-on-one debate format.  Those who debated in school will appreciate this format and a turn away from what the late Tony Snow called "glorified press conferences" that can easily be tilted.

You can read more about last night's debate here.

Email ThisBlogThis!Share to TwitterShare to FacebookShare to Pinterest
Labels: Politics