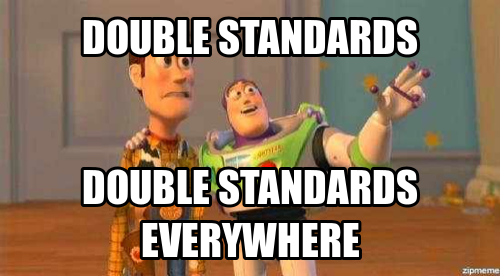 A video from the University of New Hampshire's Alpha Phi sorority is proving Dr. Laura Schlessinger correct regarding the cultural use of the N-bomb.

In a moment that turned out to be the 72-year old Dr. Schlessinger's Waterloo on broadcast radio, she referenced the double standard with questionable language in an infamous 2010 incident.

Schlessinger:  Not everything that somebody says -- we had friends over the other day, we got about 35 people here -- the guys were going to start playing basketball. I was going to go out and play basketball. And my bodyguard and my dear friend, he's a black man. And I said, "White men can't jump, I want you on my team." That was racists? That was funny.  ("White Men Can't Jump" is a reference to a Woody Harrelson movie.)

Caller: How about the N-word? So, the N-word's been thrown around --

Schlessinger: Black guys use it all the time, turn on HBO, listen to a black comic and all you hear is November, November, November.  I don't get it. If anybody -- if anybody without enough melanin says it is a horrible thing, but when black people say it, it's affectionate. It's very confusing.


The video in question that reminds us of the Schlessinger incident was the sorority singing along with Kanye West's "Gold Digger" as it is playing on a jukebox.  The lyric in question they were singing was the chorus of the song, which goes, "Now I ain't saying she a gold digger, But she ain't messing wit no broke November, Get down girl go head get down".  That lyric is repeated often in the song, and the song also contains a few 25-point penalties for inappropriate language.

So the question is asked again -- why is the sorority being punished for singing along and playing a nasty song from Kanye West, but if certain groups play it, there is no problem.  Note too how many school choirs now sing the obscene ditty from one Cee-Lo Green known as "Foxtrot You" in their performances.

Is there a double standard in society?  This likewise is the same with certain groups.  How is it sexual perversion lobbyists have a right to write the laws, but everyone else is not allowed to play in the same sandbox?  As Antonin Scalia warned, how is it conservative Evangelical Christians are not permitted a seat at the legislative table when sexual perverts are?  The same goes with this incident at the University of New Hampshire.  How is it using the N bomb is acceptable for some groups, but not others?
Email ThisBlogThis!Share to TwitterShare to FacebookShare to Pinterest
Labels: PC, Pop Culture, Pop Music