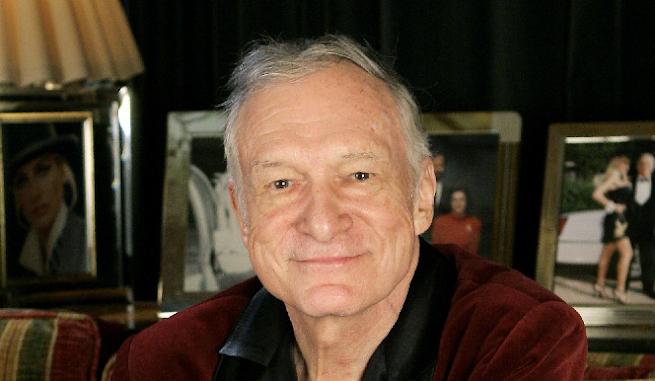 We are admonished not to speak ill of the dead, and yet sometimes the historical record makes an honest appraisal otherwise. It’s hard to know exactly how much responsibility Hugh Hefner bears for the decline of Western Civilization. Chances are if he hadn’t done it, someone else would have (nobody forced us at gunpoint, last time I looked). His legacy, such as it is – the imprint that he leaves behind as he shuffles off these mortal coils, bound for parts undetermined – is that of the bunny’s head, one of the most familiar corporate symbols in the world.

I don’t know, but I suppose Playboy is passé nowadays, considering the nudity in it is probably tepid compared to that which anyone can find online. But the bill of indictment, as it were, is a long one, for Playboy was but one step on a long downhill road that lead to the mainstreaming of soft-core pornography, the acceptance of female nudity for the purpose of titillation, the creation of an “ideal” body type that most women could never hope to attain without the benefit of airbrushing, the commodification of body parts in the form of breast enhancements and other kinds of plastic surgery, the ideal that the “modern man” could partake in sex with as little concern over the consequences as if he were drinking fine wine and sampling hors d’oeuvres while dressed in his tux and listening to cool jazz at the club. With all this going against it, it’s a wonder that the nuclear family has survived as long as it has.

The idea that Playboy was somehow unable to compete with what was available for free led the magazine to try eliminating nudity, an experiment that lasted only about a year before it became apparent that nudity, tame though it may be, was just about the only reason left to buy Playboy. And it’s true that, setting aside the lithe, tanned bodies that jumped from the pages (if one can), the magazine was known for a literary style, often introducing young writers whose works would become far better known, as well as established authors who’d mastered the short story. There were the provocative interviews, a type of long-form journalism that’s hard to find anywhere anymore, as well as lifestyle pieces that on occasion didn’t have anything to do with sex. Hefner himself was a champion of jazz, and a generous contributor to film preservation efforts, which are good things. But other, better, magazines had once contained the same kind of content only to disappear from the shifting cultural landscape. There was no reason for Playboy to be any different, so the nudity returned. At least it’s something, you might have imagined them saying in the boardroom, with a resigned shrug.

One can’t blame Hef for all the evil in the world today, of course, convenient though it might be. Larry Flynt took the stylish sophistication of Playboy to the next logical step, introducing graphic, hard-core porn to mainstream magazine stands. Helen Gurley Brown morphed Cosmopolitan, a grand old magazine, into a sex club for women. Stag films had been around long before Playboy, but there was still a sense of shame attached to it, the idea that it wasn’t something respectable men could afford to be associated with in public. Since the entire notion of shame was something that the modern man no longer need to be concerned with, though, the consequences of living the Playboy Philosophy in public were far more diminished, if not gone altogether.

By the end Hugh Hefner was, I think, something of a joke. The Playboy Philosophy does not wear so well on a man in his 90s, and the site of his withered, wrinkled body next to the smooth, surgically inflated contours of his latest paramours, was not just painful, it was grotesque. One’s tempted here to insert a comment about Dorian Gray, but even that might be lending the scene an excessive dignity.

We can’t know the final disposition of Hugh Hefner – that’s way above our paygrade. We can only look at the visible: what he accomplished with his life, whether or not he did justice to the many talents with which he obviously had been born. Put it this way – I’ve lived far from a perfect life, but I wouldn’t want to have his record. In the end, he didn’t have to be Satan Incarnate to wreck havoc on the world; being one of his lesser, more insignificant minions was sufficient enough.

The Grand Guignol that Hugh Hefner left behind speaks for itself and will do so for eternity. May God have mercy on his soul.
Email ThisBlogThis!Share to TwitterShare to FacebookShare to Pinterest
Labels: Culture, Hugh Hefner, Obituaries