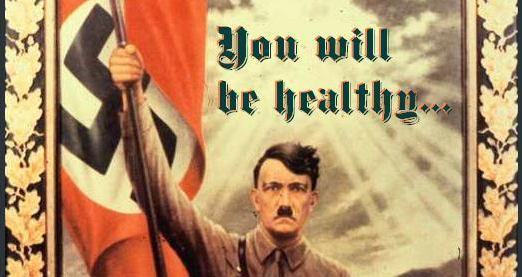 One of the things about which it can be certain when it comes to life on Planet Earth is that nobody gets out of it alive. As Harry Reasoner once said, in an aphorism I return to frequently because of its essential truth:

The idea of trying to outguess life, to avoid everything that might conceivably injure your life, is a peculiarly dangerous one. Pretty soon you are existing in a morass of fear. A man makes a sort of deal with life, he gives up things because they are undignified or immoral; if life asks him to cringe in front of all reasonable indulgence, he may at the end say life is not worth it. Because for the cringing he may get one day extra or none; he never gets eternity.


With all due respect to John Greenleaf Whittier, the saddest words of tongue and are not those which read "it might have been," but "we know what's best for you." The phenomenon of the Food Nazi has always been with us, although it was raised to an art form by the actions of our previous First Lady, and the decrees by New York's Mayor "Nanny Bloomberg." It's true, as our beloved Captain Kirk once said, that too much of anything isn't necessarily a good thing, and the same goes for food. The elites often use diet as a way of judging people, of mocking those that they think belong to a lower class, but in doing so they often display their own inhumanity. It's as if they're the spiritual heirs of the Puritans, the proto-fascists who wanted to take all the fun out of everything. The demonization of food, which unsurprisingly has slipped from the government into corporate culture, overlooks the fact that food is not simply a utilitarian item - it's one of the most human things we have, one that speaks most directly to the human condition of man as a social creature.

For example, at my job in Texas, my last boss was one of those Food Nazis. He was a health freak, and one of his first actions when he moved into his office was to get rid of the candy bowl that sat on the counter in front of my desk in the outer office. Chocolate, he opined, was not a good sign to send if you wanted to promote a healthy lifestyle. And if visitors to the office had spent their time grazing at the bowl, or hoarding pieces of candy as if they were planning to use it instead of having to buy Halloween candy each year. 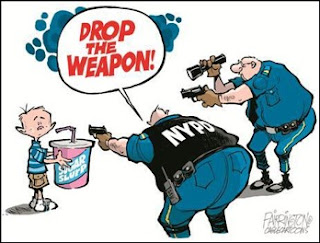 What the Food Nazis often fail to recognize is the power of food as a means of communication if not friendship, an invitation by the bearer to engage in a form of fellowship. The candy acted not so much as a calorie additive, but as a means of human interaction. People would stop in for a bite-size Snickers, but they wouldn't leave without having exchanged a pleasantry or two, or to catch up on the latest news in our respective lives. In this sense, food serves as an opportunity to strengthen a bond that frequently goes wanting in the man-made hustle of the workday. When the candy bowl was abolished - surprise! The level of drop-in visitors to the office diminished to near non-existence. The boss wondered why people weren't more sociable.

His next step was to skip lunch altogether in favor of a power workout, presumably at which people could stop to admire the sweat glistening from his bald pate. Well, perhaps that comment was unfair, but the point is that soon his associates became extremely self-conscious about their own eating when attending lunch meetings with him (meetings that, by his command, no longer included cookies or other sweet snacks). Should they, like him, be abstaining from lunch? Were they being judged on what they did eat when they were in his presence? More than one confided to me that lunch in the president's office became something of an ordeal, that they were indeed being watched to see what they ate.

I can't imagine what a holiday like Thanksgiving was like in his household. I joked to a friend once that I was tempted to take a picture of our dinner table on Thanksgiving, replete with turkey, mashed potatoes and gravy, green bean casserole, corn casserole, cranberries, and crescent rolls, and text it to him. From one turkey to another, you know. I came to think of him as "The pipsqueak," because although he was not a terribly small man in size, when it came to intellect and feeling for others, he was a small man indeed.

The problem here is that the Food Nazis view food merely as a form of sustenance, a utilitarian means of gathering calories. If one can obtain those necessary calories through foods that supposedly promote a healthier lifestyle, so be it. The problem with this thought is that it misses how food serves as a basic element of the human condition. It provides a level of comfort, of happiness, of an improved quality of life - and since the Food Nazis associate quality of life with number of years lived, they fail to understand how something that objectively may not be healthy is still, in fact, good for you.

Look at the various ways in which food defines our level of humanity. Think of the community social, the "share a plate" mentality that enables people not merely to provide a meal, but to give of themselves. Think of the urge to bake something for the family that has just had a new baby, or to bring to the door a dinner for a family that has just lost a loved one. I can promise you that none of these people paused to read HEPA food standards while they were standing in the kitchen. For these people, food is more than something to consume - it's a way of one person sharing themselves with another. And the act of communal eating is another way in which we are brought together. It's why food is a part of going to the ballpark, or watching a movie. It's why people take their mates to dinner on a date. It's why we wish happy birthday to someone with a cake. Rockwell's famous painting "Freedom from Want," seen at right, captures the quintessential American moment: the Thanksgiving dinner. Note one of the three words in that title: Freedom. It's something that Americans have always cherished, and while we must always be on guard to ensure that freedom doesn't translate to license, to avarice and greed, we also have to realize that life is made up of simple pleasures - one of which is food - and that someday we're likely to discover that the simple pleasures are the only ones that really matter.

At that first Thanksgiving, the pilgrims understood the ability of food to help form a community, to act as a goodwill gesture. So with the latest edition of Thanksgiving just around the corner, don't be afraid to loosen your belt, to take that nap after the big midday meal - you're in good company. And don't worry about how many years it might take off of your life: none other than Rush Limbaugh reminds us that 100% of those who eat carrots will, someday, die.