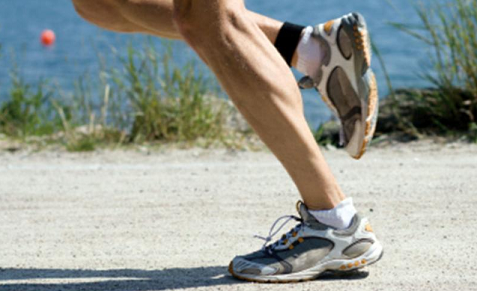 Some of my favourite joys in my 19th season running races, which include five half marathons and a marathon, are watching children run the same distances as adults.  Some of my best friends running have their children run these races.  The local running club that I am a member has age groups as young as birth to 10 years of age for age group prizes.

Herein lies the story.  Hawaii's upper chamber has a Senate Monopoly Leader, as the 2016 elections resulted in a leftist Senate Monopoly Leader and Monopoly Whip, with no opposition, owning all 25 seats.  The Left is an intrusive group demanding more government control over everything for "social justice," such as rewriting marriage laws and age of consent laws to appease the sexual liberty crowd, new government controls over light bulbs, energy policy, vehicles, appliances, and the rest to appease the green earth, educational policies to create new liberals who will be on government payroll for life, and as we now see with tragic incidents, a ban on all guns.

Owning every seat in the state legislature except for four seats in the lower chamber allowed them to put to a second reading a bill designed to impose more restrictions.  SB 2413 claims to impose a minimum age of 18 for half marathon and longer races. But a further inspection of SB2413 notes that they can ban anyone under 18 from even participating in a one mile race on public roads and requires participants to pay an entry fee.

In a state that gave us the Ironman Triathlon, and has also organised a few notable half marathons and marathons, including the JAL Honolulu Marathon in December that featured a notable figure skater and 800m runner making marathon debuts on the same weekend I ran my 14th and a Daytona 500 champion made his debut (see December article on Kiawah) at the 42,195 metre distance on the other side of the country.  (Honolulu runs on a Sunday morning at 5:30 AM;  Kiawah is on a Saturday at 8 AM, owing to state law.)

The Left noted the Honolulu Marathon and the Hapalua – Hawaii's Half Marathon allow children under the age of eighteen years to participate, and the monopoly has proposed a state law to require a minimum age of 18 years, considering a friend of mine had a daughter run a half marathon last week at 17.  For the record, I ran my first road race at 24, debuted the 10k at 28, and was 29 when I made my half marathon debut in October 2004 at the Lexington Medical Center Governor's Cup, and six weeks later made my debut doing the marathon at Kiawah Island in December 2004 for what has been an annual excursion into the marathon distance.

What does it say about the Left when they have a bill that, based on the way it is currently written, could ban those under 18 from even running 5k races?  Many 5k and 10k  races offer awards for age groups as young as under 10 years of age, and some half marathons allow trained 14-year old runners to participate.  Now Hawaii wants to impose a minimum age of 18 years for even road races at the 5k level shows the absurdity of the Left's crusade against common sense.  First they went after Christians, then they go after industry, and now they go after athletes.  This example in Hawaii shows the absurdity of the Left's war on athletes. They're working to ban boys from playing sports (Mink Education Act of 1972), and now there is a crusade against those who run.