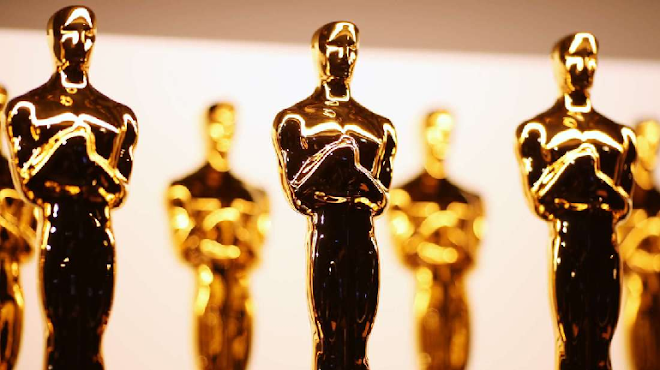 I figure I've seen two movies in theaters over the last three years*, and both of those were documentaries, so it's not surprising that I haven't watched the Academy Awards for many years. There's just no connection there for me anymore; it would be like watching India's version of the Emmys (they're called the ITA Awards, in case you were wondering) to find out what the most popular show in Delhi is. That doesn't mean that I've completely stopped paying attention to the Oscars, though; when you write about television, even vintage television, the entertainment pages have a way of making themselves known to you.

*Excluding RiffTrax and the Metropolitan Opera, of course.

I'll admit, though, feeling a certain sense of satisfaction Monday morning when I found out that Green Book had won the Oscar for Best Picture. It's not that I'm a big fan of Green Book, or a fan at all; nor do I have anything against the other contenders, such as Roma, Bohemian Rhapsody, and Black Panther. Since I haven't seen any of them, it's not as if I had a dog in the fight.

So why did Green Book's win please me? Primarily because it irritated so many other people. I'd read for months about the hate for the movie that existed in certain quarters: that it was a feel-good movie that ignored real problems in the country; that it was a warmed-over Driving Miss Daisy; that it presented a saccharine view of race relations in America; that it wasn't particularly factual. It was the kind of vituperation that usually indicates fear—fear that this pariah of a movie might actually come out on top. If I'd thought more about it, I'd have taken it as a sign to phone a bookie and place a few bucks on Green Book to win, and then I wouldn't have to worry about finding a new job.

For instance, critic A.O. Scott, writing in The New York Times, referred to Green Book as "a Road Trip Through a Land of Racial Clichés," and went on to describe it as "a sentimental tale of prejudices overcome and common humanity affirmed; that its politics will be as gently middle-of-the-road as its humor; that it will invite a measure of self-congratulation about how far we, as a nation, have come."

But—what's wrong with that? Aren't these supposed to be the kinds of things we want? I thought it was a good thing to overcome prejudice and affirm common humanity, and even if it hasn't happened universally, shouldn't we celebrate that it might at least have happened between a couple of people? One step at a time, right? And what's wrong with middle-of-the-road politics—we're always being encouraged to reject extremism, aren't we? As for being self-congratulatory, I think such critics could use a healthy dose of perspective; while we as a nation may still have a ways to go before becoming the country we hope to be, only someone in total denial would suggest that we haven't come a long way from the '60s, or the '40s, or the '20s. Honestly, it makes you think these people don't want things to get better, because then they wouldn't have anything to scold about.

Scott's arrogant review points out precisely why I was glad Green Book won, why so many non-critics saw the movie as a likable story with occasionally pointed humor. The more perspective columnists point to a backlash against the anti-Green Book campaign, not unlike that which swept Donald Trump into office in 2016. Perhaps it's not a like-for-like comparison, but the left seems hopelessly, myopically, unable to comprehend that most people don't like to be told what to think, and they certainly don't like to have someone condescend to them. We're not fools—we know Green Book isn't a documentary; we understand that America isn't a perfect nation. Does that mean we can't go into a darkened theater, or sit in front of our televisions for a couple of hours, and just enjoy ourselves with a movie, without being lectured to, or hectored, or scolded for chuckling at a joke we think is funny?

The idea that movies have to have a politically progressive viewpoint, that they have to confront social issues by espousing a comfortably leftist ideology, that you cannot be entertained without having to sit through some kind of political indoctrination—well, it's a cliché to say that it would be humorous if it weren't so sad, but it's true. There is no enjoyment for this kind of person unless it comes with a devil's bargain: buy your fun, get a free helping of social justice. It's a BOGO from hell.

That doesn't mean we shouldn't be demanding in our standards for better forms of entertainment. Maybe Green Book really isn't a very good movie; more than one critic suggested that it was a mediocre year for movies and that none of the nominated films are without significant flaws. But even if that is the case, surely there has to be a middle ground between the kind of movies on the Hallmark Channel and the Goebbels propaganda machine.

Or maybe not. Maybe that's the kind of "middle-of-the-road" entertainment that people like A.O. Scott so scornfully ridicule. For them, there is only one kind of movie, only one form of entertainment, only one candidate to vote for, only one way to believe.

And as long as they think that way, there will always be Best Picture winners like Green Book for them to hate.
Email ThisBlogThis!Share to TwitterShare to FacebookShare to Pinterest
Labels: Oscars, Politics