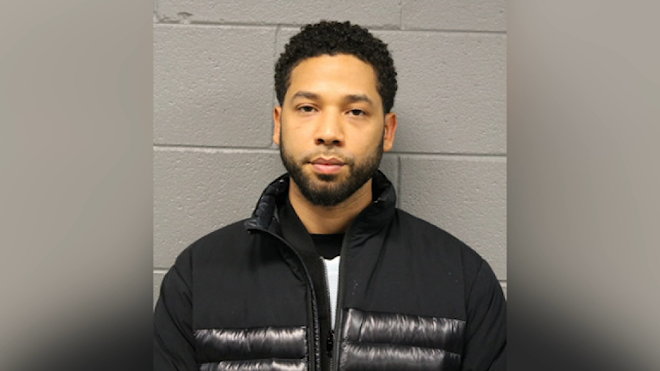 Not long ago many of my liberal friends were describing the Jussie Smollett attack as emblematic of what is happening in the country at large.

Turns out they were right ­– just not in the way they thought.

You know both stories by now. First there was the phony one immediately embraced by a media foaming at the mouth over another chance to write “Just another day in Trump’s racist America.” The one circulated at light speed across social media, equating a red MAGA hat with a Klansman’s white hood. The one tweeted about by Democrat presidential candidates and pinhead celebrities who never miss an opportunity to display another virtue signaling flourish.

And now we have the actual story. Smollett staged the attack, paid the attackers, and then lied about it to police officers and his Empire costars and ABC’s Robin Roberts.

His actions were, indeed, emblematic of 2019 America. We live in a time when the aspirations of many are not wealth or knowledge or compassion, or the attainment of morals and values that contribute to a purpose-driven life. Instead, the objective is victimhood.

How does one explain why a talented actor on a successful prime-time series, earning $65,000 an episode, would choose to cast himself as the innocent prey of two racist, homophobic Trump supporters?

The short version is he was unhappy with his salary. How many of you would be driven to desperation by a weekly $65,000 paycheck?

The longer and more troubling motivation is that victimhood has become a coveted status. It is sought after by the successful with the same zeal real victims exert to escape their plight.

Politicians have long been the worst offenders. Perhaps they still are. We are supposed to admire whichever candidate had to walk the most miles in the deepest snow to get to school every day.

Then we have the Elizabeth Warrens and Rachel Dolezals of the world, who seek to establish their bona fides by claiming association with a historically oppressed group, with no basis for doing so. They want the sympathy (along with any professional benefits) without the suffering.

If it seems worse now it’s because, for the past two years, the partisan hacks that dominate mainstream media have made it their mission to remind women, African-Americans, Hispanics, gays, and pretty much anyone who is not white, male and Christian that they are oppressed citizens under a lunatic racist president.

That provides a convenient excuse for anyone who didn’t get the job or was not admitted to their dream college, or who has any number of grievances that likely could be overcome by patience, concentrated focus and harder work: It’s not me, it’s you. You’re the reason, Mr. President, society, racist/sexist America, that my life isn’t going the way I planned. My fate is out of my hands. I’m just another victim.

Jussie Smollett shouldn’t fit that category. As a gay African-American he holds legitimate membership in two historically oppressed groups. But instead of celebrating how he overcame the remnants of those societal barriers, and becoming a role model for others hoping to do the same, he decided he wanted more. And the best way to get there was to become a victim. Career advancement via what both Cory Booker and Kamala Harris called a “modern day lynching.”

Now that Smollett has become an actual victim – of his own greed and stupidity –he’ll finally get to leverage his black, gay status. The Don Lemons of the world are already rallying to his defense despite his actions. “In his heart he’s a truly good person,” said actress Sheryl Lee Ralph. And after being indicted for filing a false police report, and diverting law enforcement resources in a city where real assaults occur every minute, Smollett was allowed to post bail and head back to work.

Roseanne Barr wrote a racist tweet, and was immediately fired. Is that worse than committing a Class 4 Felony? Might she also be a good person at heart? Didn’t much matter in this case.

“(The) moral authority that comes from being victimized has replaced the desire for admiration or respect for some act of heroism,” wrote Matt Lewis on The Daily Beast website. “I’m not sure what exactly that says about a society, but it can’t be good.”
Email ThisBlogThis!Share to TwitterShare to FacebookShare to Pinterest
Labels: Hypocracy, Law, Politics, Race