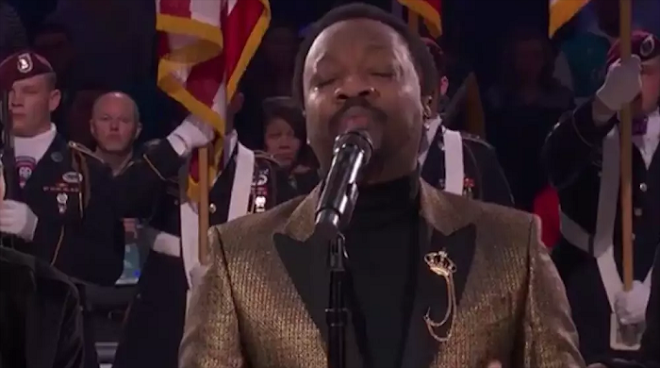 I think it’s time the NBA just skips the National Anthem. I’d rather not hear it at all if I have hear a complete rewrite. Last year it was (Stacey Ferguson) and I thought that was horrible, but I am shocked that (Anthony Hamilton) would even dare to rewrite the entire song. I could barely recognise the most recognisable song in America. Francis Scott Key would not be happy."

-- Heather Payne, former Point of Grace singer, on Anthony Hamilton's performance of the National Anthem at the NBA All-Star Game at the Spectrum in Charlotte.