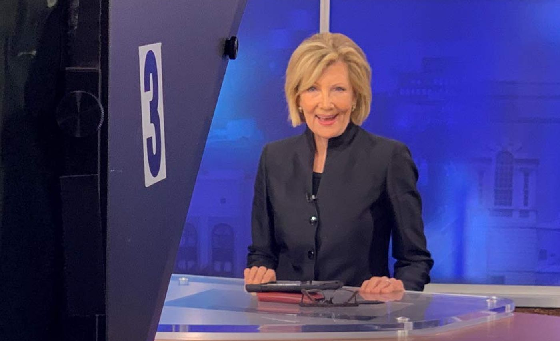 We discuss television often, primarily on the other blog, but this report that came to my attention tonight is a time to say "thank you" to a legend who just announced her  retirement after 43 years.

Debi Chard, the affable Iowan who moved to South Carolina in the early 1970's, serving part-time as a legal secretary to Jean Toal and was a radio news reporter in her early career, moved down 26 in 1976 and joined WCSC-TV as a reporter and anchored the Saturday news broadcasts. Her career later made her a top-level anchor and allowed her to be the fourth cog in WCSC's legendary Bill Sharpe, Charlie Hall, and Warren Peper newscasts when it expanded in 1991. After 43 years, she announced
her retirement on their Thursday evening newscast.

I remember growing up watching her do news.  Now she's retiring after a wonderful career.
Email ThisBlogThis!Share to TwitterShare to FacebookShare to Pinterest
Labels: Local Broadcasting, Television