Psst - are you running for president? 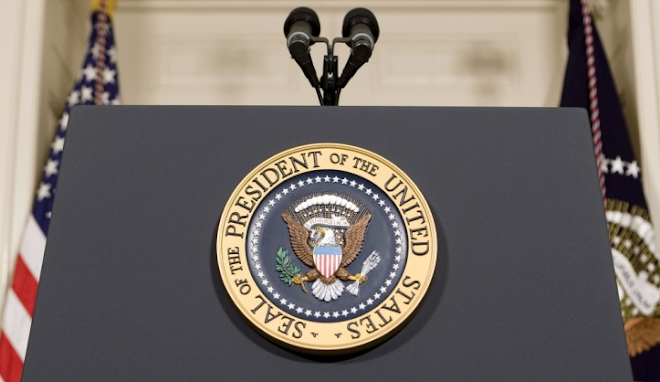 Pardon me, but by any chance are you running for president of the United States? The reason I ask is because it seems as if just about everyone is, so I didn’t want to offend you.

At least count, 581 people have filed with the Federal Election Commission that they are candidates for president, or at least contemplating it. John Hickenlooper, the former governor of Colorado, became the latest to jump in the pool this morning. There’s the incumbent, of course, along with growing number of (past and present) congressmen, senators, governors, mayors, authors, businessmen, self-help gurus, and maybe Mabel who lives just down the street. They aren’t all credible candidates, of course; some of them are what would politely be considered longshots, candidates for whom everything would have to break the right way for them to have a chance. Some of them are vanity candidates, people who want to see their names in print and don’t really care if they get any votes or not. Some of them are delusional, like those you read about who get six or seven of their friends together and suddenly they pronounce themselves the new pope. And some of them are Marianne Williamson. Or Cory Booker.

For each of those 581 candidates that have thrown their hats in the ring, you can bet there are two or three others who’ve thought about it, or would like to. Why so many people pine for the nation’s top job is something of a mystery to me. I wanted it once myself, and planned for it, but that was when I was young and impressionable and heavily involved in politics. As Saint John (and Ingmar Bergman) might have said, I was looking through a glass darkly. Thankfully, I’ve since given up those childish dreams, but it appears a lot of people haven’t. It seems to me as if the job itself is nothing more than four (or eight) years of grief, with your opponents calling you all sorts of horrible and grotesque names, and your allies spending half their time stabbing you in the back while they work on their plot to succeed you. Honestly, it’s as if House of Cards was some kind of how-to show on the DIY Network.

It’s true that one has to have a healthy ego to succeed in politics; it’s equally true, it seems to me, that one doesn’t become interested in politics, doesn’t take the step into seeking elective office, without harboring, in the dark recesses of the mind, the dream of hearing “Hail to the Chief” as they stride across the stage with the crowd’s cheers ringing in their ears. And then the light turns green and the car behind honks, and real life intercedes.

We complain about the problems facing the country, we elect someone to deal with them, and then we spend four years complaining about the job that person is doing. Actually, we spend about four days complaining about it, and then candidates start lining up to take the job away. When John F. Kennedy and Richard Nixon announced their candidacies for the presidency, they did it in the same year as the election. That’s the way it was done back then. Sometimes a candidate didn’t even make the announcement official until the time of the convention. When Jimmy Carter became a candidate two years before the 1976 election, people laughed at him. (We know who had the last laugh, don’t we?) Now we have candidates who drop out before even one primary vote or caucus ballot has been taken. Debates are held a year before the primaries. There’s even talk of first-in-the-nation New Hampshire moving their primary to December.

The results of this new-style politicking are obvious. By the time the election actually rolls around, voters have become detached from the process; everyone’s sick and tired of both the campaigns and the candidates, and sometimes I think people who vote early do so just to get the damn thing over with. You know what they say about familiarity breeding contempt; perhaps it’s something candidates should think about. We already know that, no matter who wins, people will be angry about the result. There will be allegations of voter fraud, murmurings about abolishing the Electoral College, even suggestions that we go to a parliamentary form of government. It’s a great way to kick off four years of presidential leadership, isn’t it?

There’s only one logical answer for this, and it’s so obvious it’s staring us right in the eyes.

It’s that we need more candidates for president. About 152 million, to be precise. That’s one estimate as to how many people are eligible to run for president of the United States, and from that it’s clear we’re nowhere near the number we really need. Seriously, it’s evident that nobody is happy with the choices before us, that everyone knows best, and that anyone we disagree with becomes manifestly unsuitable for anything, let alone the presidency. The answer, therefore, is for everyone to become a candidate. Even those who aren’t yet qualified—hell, why stand on ceremony? There’s probably a 50/50 chance the Supreme Court would agree, so why not try it?

If everyone was a candidate, and everyone voted for him or herself, then the election would end in a deadlock, with each candidate having one vote. At that rate, you’d only need to convince one person—a friend, family member, spouse or lover—to switch their vote, and you’d have the election in the bag. You’d be in good company; 24 times the winning candidate has failed to achieve 50% of the popular vote, from James K. Polk and Abraham Lincoln to Bill Clinton and Donald Trump. You’d also guarantee that as president, you’d have at least a 50% approval rating from your supporters. (Unless you have some kind of self-hatred complex.)

So c’mon, get with it! Time’s a-wasting; only 610 days until the 2020 election, and there’s a lot of work still to be done. At this rate, maybe I’ll even give it another shot.
Email ThisBlogThis!Share to TwitterShare to FacebookShare to Pinterest
Labels: Humor, Politics