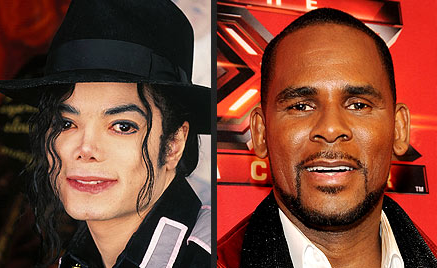 In a recent opinion piece that appeared in The Wall Street Journal, in light of the Michael Jackson (Leaving Neverland) and Robert Sylvester Kelly sex abuse reports, the article asked the question if people could listen to music of Mr. Jackson and Mr. Kelly following sexual abuse cases with both artists, with the article asking if art can be separated from unethical artists. That question was magnified even further as our shop is across the street from a Oneness Pentecostal church that meets in a building that at one time was a conservative Protestant church that ran from 1956-2001 and was sold to the Trinity deniers whose minister is now the city's mayor, allowing New York City Mayor de Blasio to speak (and later dance to Mr. Kelly's ditty from “Space Jam” that became one of his better known songs) about the praises of his socialism. What made it worse for me was how he defiled a building that historically made my youth and allowed it to develop a Biblical worldview. It raised the question as it was an expansion of the question I asked as I saw things that made my youth all disappear, asking that question in a 2011 post.

Back to the opinion piece that is the subject of this post, I returned to Albert Mohler comparing Bach, Beethoven, and Mozart. He called Bach the perfect artist, while noting Mozart and Beethoven had serious flaws in worldview, calling out Mozart's Requiem for being unsatisfying even though it is moving, which I have noticed singing the piece myself, and Beethoven's pantheism makes it not suitable to use in church. In a like manner, knowing Leonard Cohen's worldview and how his “Hallelujah” is an ode to sex makes the song inappropriate in church, leading to one incident where I walked out of a church service over its performance. Similarly,  I called out “Spirit in the Sky” from Norman Greenbaum for a blasphemous lyric that required me to cite Romans 3:23 to compare the lyric to the verse, leading to a flame war where the song was defended.

In regards to The Wall Street Journal opinion piece with the question being asked, the doctrinal malpractice of Hillsong (including rejecting Biblical sexuality) we referenced in January makes it inappropriate. In light of the question over Mr. Jackson and Mr. Kelly, an incident at church occurred when a soloist sang (with karaoke) a hit from an immensely popular 1980's and 90's pop star who divorced his wife and became a “proud” sexual deviant during a Palm Sunday service. His morality cannot be separated from his music, and I was out of town that day so I did not see this. Nobody questioned it, but the congregation cheered without knowing the truth.  Add to that the numerous cases of Kundalini spirit teachings of Bethel and the false teachings of Hillsong, the answer to The Wall Street Journal opinion piece is no, since the false teachers, or in this case, the artists whose songs are being sung, are being funded with these pieces.