Baseball Week: We miss you, Harmon 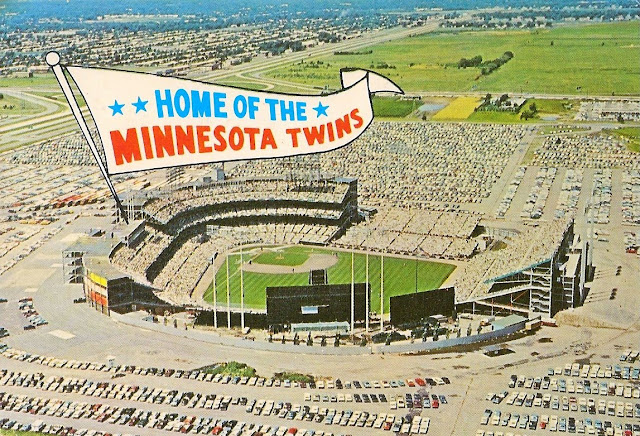 It's often said that baseball is the most lyrical of sports, and few writers can capture that lyricism better than our own Steve Harris, who, writing about the death of Minnesota Twins legend Harmon Killebrew, reminds us all of the emotions that the game can bring, and why baseball - unlike football - will always be the National Pastime, if not the National Obsession.

It is Tuesday afternoon, October 7th. I am sitting here in an office at 9th and LaSalle in Downtown Minneapolis, on an absolutely gorgeous autumn day. From my window I see blue skies, puffy white clouds, and I hear that the temp is in the mid-70s. Fall weather in Minnesota just does not get better than this. What a day for a walk around Lake Harriet, coffee with a friend at an outside cafe on the Nicollet Mall, and finally, once again we can say this...a baseball game.


Or can we? The Minnesota Twins are in the playoffs. (Hats off to them for a fine season). The Yankees are in town. A beautiful, many say spectacular, new stadium, an open-air baseball field, (taxpayer funded, by the way) is sitting there ready for action. So, let's play ball. Except...it is the Yankees. It is the Era of Bud. It is National TV time. So the game today (as was last night's) will be played at...night.

Ugh. What a waste of a day so rare. How sad that the joys of baseball, a spring sport, more a summer sport, a fall sport, yes, but NOT a cold-weather sport, will not be on display on a day like this in Minneapolis. I hope it doesn't get too chilly. I hope we don't have the sights of players with knit-caps, heavy jackets and mittens like we've seen in those interminable Red Sox-Yankee playoffs.

Then again, I kind of hope that the Twins can win some games and the playoffs get extended, and we play into later October, and on a much colder night we get a blast of snow. I would like to see how Bud would handle that. Maybe he would lead a parade of players and fans and hot dog vendors back to the Dome. Might as well.

We have lost a treasure, fall baseball on a day of sunshine and blue skies, and I'm not sure we even know it.

Yes, Harmon, we miss you.
Email ThisBlogThis!Share to TwitterShare to FacebookShare to Pinterest
Labels: Baseball